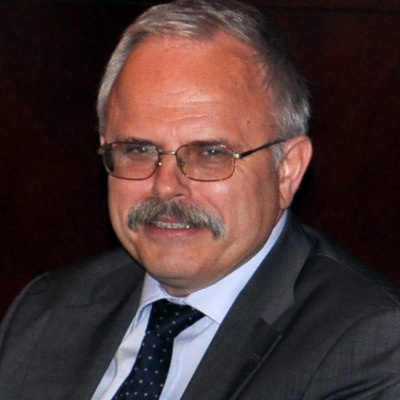 Lembit Rägo MD, PhD was born in Tartu, Estonia, in 1955. During 1992 to 1999 he was Professor of Clinical Pharmacology at Tartu University. He was the founder and first Director General of the Estonian Drug Regulatory Authority, State Agency of Medicines (1991-1999).

In December 1999, he joined the World Health Organization (WHO) Headquarters, Geneva, as Coordinator of Quality Assurance and Safety of Medicines (QSM) team. During 2000—2001 Dr Rägo laid the foundation for WHO Prequalification of Medicines Programme. The Programme has been a key in getting quality medicines to millions of HIV/AIDS, malaria and tuberculosis patients in developing countries. Under his leadership WHO medicines normative and pharmacovigilance related activities were strengthened. He has also served as a Secretary of WHO’s Secretariat Committee on Research Involving Human Subjects.

From September 2013, Dr Rägo served as a Director and Head of WHO’s newly formed big unit, Regulation of Medicines and Other Health Technologies (RHT), which for the first time in WHO history joined all regulatory issues related to medicines, biologicals including vaccines, and medical devices including in vitro diagnostics into one single unit.

During 2000-2016, he was WHO observer to the International Conference (since 2015 Council) on Harmonization of Technical Requirements for Registration of Pharmaceuticals for Human Use (ICH) Steering Committee, International Pharmaceutical Regulators Forum (IPRF) and International Coalition of Medicines Regulatory Authorities (ICMRA).  For more than a decade he served also as an Uppsala Monitoring Centre Board member.

Dr Rägo started working as Secretary-General of Council for International Organizations of Medical Sciences (CIOMS, located in Geneva, Switzerland) from 18 April 2016. Under his leadership CIOMS has been modernized and it runs many different technical Working Groups. During 2018-2019 he served also as member of US National Academy of Sciences, Engineering and Medicines ad hoc Committee on Mutual Recognition Agreements in the Regulation of Medicines