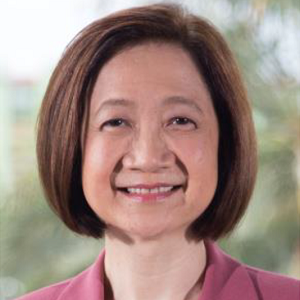 Dr Choong has served on the Singapore Management University Board of Trustees, the Charity Council, the Building and Construction Authority Board, the Cisco Board, the National Environment Agency Board, and the Singapore Youth Olympic Games Organising Committee Board. She was Deputy Chairman of the Singapore Corporation of Rehabilitative Enterprises from January 2004 to April 2010.

Dr Choong was awarded a Local Merit Scholarship to study medicine by the Public Service Division in 1981, and graduated from the National University of Singapore in 1986. She attended the Program for Management Development in Harvard Business School in 1998, and the Advanced Management Program in the Wharton School of the University of Pennsylvania in 2008. Dr Choong has received 2 National Day Awards from the President of Singapore: the PPA(P) in 2004 and the PPA(E) in 2010.